Venom® Introduces the next generation BlackBook® 17 – Now slimmer, lighter and more powerful than ever. 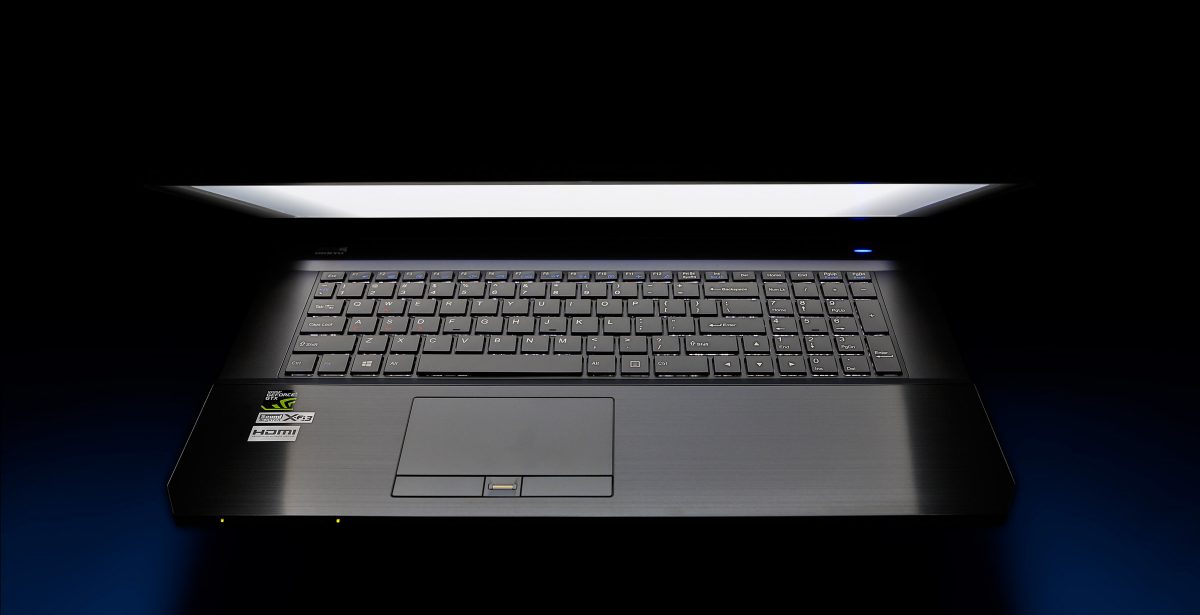 Continuing with the design philosophy behind the incredibly successful BlackBook 15 which revolutionised the concept of 15 inch performance computing, Venom has successfully applied all the same upgrades and improvements from its 15 “ sibling to the new 17 “ inch BlackBook. Once again over 95% of its components have been changed reducing its weight by an incredible 25% and its overall height by 45%.  Now featuring the latest generation NVidia 900 generation GTX powered graphics card,  a new powerful Sound Blaster X-Fi audio processor with Dolby digital 5.1 surround sound and 3D headphone support and Onkyo speaker and subwoofer platform. “Continuing with our homogenous performance system ethos we have delivered a 17 inch machine that in its true sense is one portable power house computer, Frankenstein 17 inch notebook computers that have the best bits of this or that are not an option when it comes to our construction and design. We are proud to offer our customers a computer that will push boundaries” said Jaan Turon, Venom’s managing director and chief designer.

Engineered for unmatched performance, the BlackBook 17 has carried over the same latest high speed SSD drives achieving up to 1170 Mbps with the ability to have up to 4 drives, a high end Intel Quad Core i7 processor with turbo boost and up to 32GB’s of high speed – low latency impact RAM. “Power is performance, when consistent, this reliability equates to the successful completion of the end users tasks, this is how we continue to make the best Microsoft windows computer in the world” said Turon “We will continue to make windows look good”

Keeping to the core of Venoms Design, the BlackBook is also built around a unibody enclosure of anodised aluminium for reliability, cooling and a reassuring feel. Thermal management has once again been optimised with the intelligent three fan, twin cooling system which operates independently in regulating either the CPU temperature or the GPU temperature

Connectivity options have been upgraded and future proofed with the 2 mini display ports to support two external 4K monitors giving 400% more video output than the previous generation and multiple USB 3.0 ports and other legacy ports  such as HDMI, eSATA and gigabit LAN. Dual mode Bluetooth 4.0 and dramatically faster Wi-Fi speeds up to 867 Mbps and broader coverage with 802.11 ac/a/b/g/n wireless 2.4GHZ/5GHZ. Seamless integration into all devices across all platforms has never been more achievable.

“While we try not to judge a book by its cover, the Venom BlackBook 17 is beautiful on the outside as well as within, the newly designed ultra-responsive illuminated keyboard has the perfect feel and response for efficient and accurate typing.

As with all Venom BlackBooks this Venom also comes with a full 1 year subscription included internet security, malware protection and antivirus software suite, “Freedom has no price, every Venom is protected from Viruses and malware from start up, The openness of Microsoft windows is its Achilles heel and is something we will need to live with if we want to use a platform that is open and free to all developers”. System recovery software and the factory image is also installed on an external USB 3.0 drive as provided with all BlackBooks allowing an incredible full system recovery in just 12 minutes. Your windows recovery partition will never be on the actual hard drive which is lost when an upgrade is performed or if the hard drive fails.

“We are proud to announce to the world the greatest 17 inch notebook computer” concluded Turon.

The new Venom BlackBook 17 will be available on the 27th of March 2015 through www.venomcomputers.com.au/globalstore and other selected authorised resellers. There are 5 main versions that are highly customisable and configurable.

Venom Authorised retailers are able to configure to order at the time of sale.