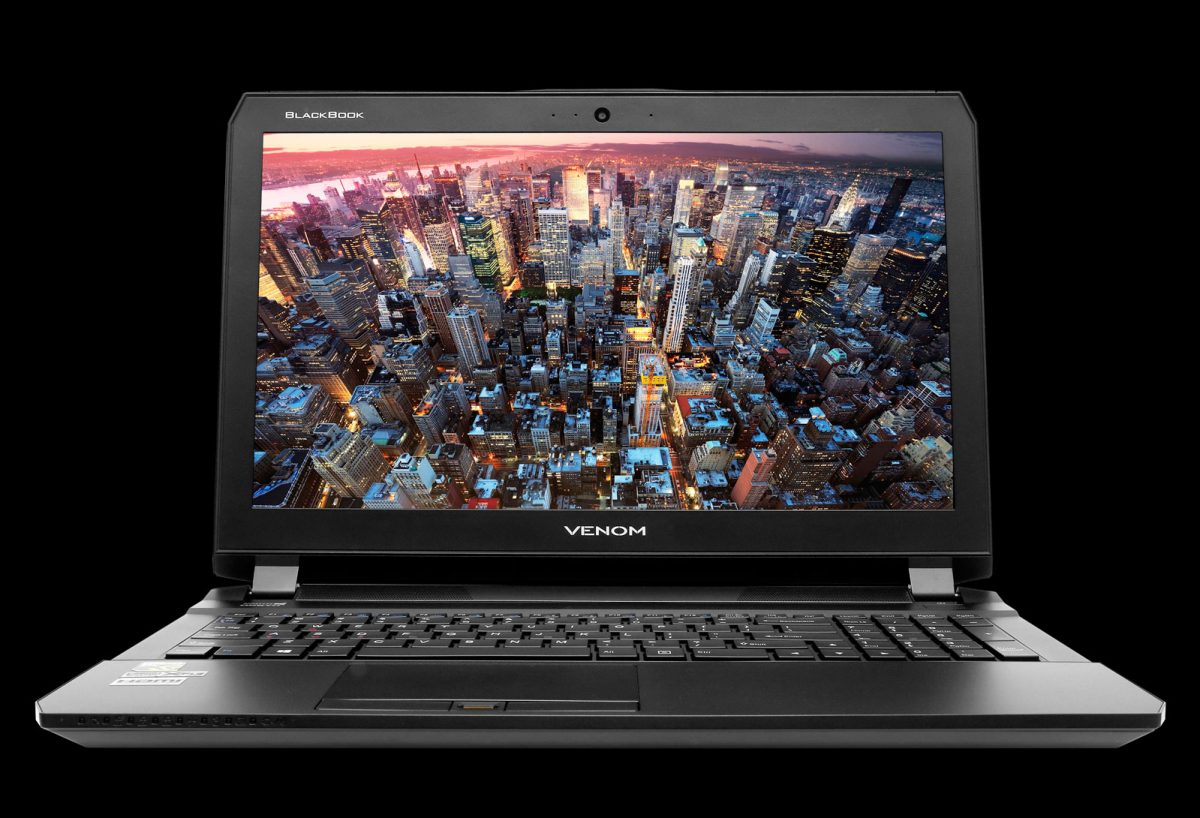 The thinnest, lightest and most powerful BlackBook ever made – Just got more powerful.

The BlackBook 15 has now taken a step to the next level by introducing the most powerful graphics card available in a notebook computer to the Venom BlackBook 15 and married it with a brilliant Venom Vision 4K panel. Now the most powerful mobile graphics card can be viewed on the most breathtaking screen. The combination of the all-powerful NVidia 980m GTX powered graphics card and  a 15” 4K Anti-reflective Venom Vision panel is the ultimate visual display combination for the ultimate performance notebook computer. “We have introduced an incredible homogenously designed machine to the market today that will push all the boundaries in portable personal computing. It is the ultimate 15” notebook computer with the latest processor, highest speed drives, fastest memory and highest performance sound, display, graphics and cooling properties” stated Jaan Turon the Chief designer at Venom Computers.

Immerse yourself in brilliant rich deep colours – “Now we have a native display that can be matched by the graphical output of the GTX 980m card, an uncompromising combination of hardware is needed to utilise the full capability of 4K which is essential 4 X 1080P FHD screens merged into one. While there is a big focus on pixel density and resolution, the Venom Vision 4K panel also has the richest colour and contrast ratios with its Sharp Igzio display. Only when all aspects of the personal computer are matched with the lowest tolerances do you have a finely tuned performance machine. This BlackBook has the graphics card that can be pushed not only on its native display but also works in harmony with the rest of its connectivity options and hardware”

Engineered for unmatched performance, the BlackBook 15 has the latest high speed SSD drives achieving up to 1170 Mbps with the ability to have up to 4 drives, a high end Intel Quad Core i7 processor with turbo boost and up to 32GB’s of high speed – low latency impact RAM. “Once again Power only translates to performance if it is delivered reliably and consistently, this is how we continue to make the best Microsoft windows computer in the world” said Turon “we maintain that the software and hardware combination must compliment the personal computer user’s abilities and expectations in achieving the ultimate culmination between man and machine. This is how we continue to make windows look great”

Thermal management has been upgraded to a new cooling system to operate ever so efficiently and quietly with the new GTX 980m card, utilising the same optimisation used in previous models. The intelligent three fan, twin cooling system has been upgraded to complement the requirements of the 980m card. Independent cooling is still maintained while regulating either the CPU temperature or the GPU temperature. Noise levels are at a minimum, cooling is at its optimum and sustained performance is always delivered just as before but with over 28% boost in performance from the 980m card over the 970m card.

The BlackBook 15’s  connectivity options are unaffected and all of the features from the BlackBook 15 with the 970m card have been carried over.

As with all Venom BlackBooks this Venom also comes with a full 1 year subscription included internet security, malware protection and antivirus software suite. System recovery software as with all BlackBooks is again installed on an external USB 3.0. Full system recovery is achieved in an incredible 12 minutes.

Venom Authorised retailers are also able to configure to order at the time of sale.